Freeing resources to improve service delivery are the goals of countless Club CEOs.

Club CEOs can now find further cost savings, thanks to a payroll system called KINGpay that reduced a club's workload by 200 hours.

In this report, we reveal how software systems by King Street Computers have been providing cost savings for clubs of all sizes like Evans Heads Bowling Club, for well over 20 years.

"It takes us less time to process our payroll. KINGpay software has saved us 200 hours of work over a 12 month period. 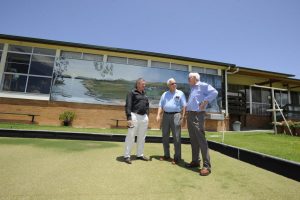 "For a small club like ours, we could not afford to have the wrong payroll system in place. We don't have a large team to process our payroll.

"No sooner had we updated to KINGpay, we slashed the time it took to process our payroll by four hours a week.

"Over a twelve-month period, the software has saved our club $6240.00. That's a significant saving for our club."

How has the KINGpay system proved helpful to you and your team?

"Their system is much more functional. It is totally up-to-date with all the Industry Awards and all the unique financial requirements a club like ours has to operate under," explains Roger.

"The workplace Awards can change from time to time and with full time and part-time staff, it is easy to make a mistake calculating payments.

With the rising costs associated with running a local club, Roger needed a payroll system that saved time without placing too many demands on their small team. We ask Roger, "Has the software been a good investment?

"We've just put on a new admin girl, who had no previous experience with processing payroll," explains Roger.

"King Street Computer's, Managing Director, Matthew Betland took her through the KINGpay system twice, and in no time at all she had the system mastered.

"With other systems, we would have been forced to hire a dedicated payroll person. The type of money involved would have put too heavy a pressure on our tight operating budgets.

"Clubs tend to have a transient workforce, which is why KINGpay is so good as it only takes one or two sessions to train a staff member to use the system.

"Also because it is easy to use, it gives a young team member the opportunity to expand their skillset. It is this ease of use that attracted us to their system.

How has the KINGpay payroll software helped them with this major transition?

"We opened a new business and had to double our staff. When we took over the operation of the surf club, using KINGpay helped us to get our labor right for that new venue," says Roger.

"It was very difficult, but we knew that we had to reach percentages and we were getting those figures from KINGpay to compare against our sales.

"So we were able to keep a pretty close watch on staffing levels and make sure we were staying viable.

"Because with any new business, there's always startup costs and the system gave us a complete picture on how we were travelling each hour, day or week.

"Until you get your sales right, it can be touch and go, but we've got our labor mix right thanks to KINGpay.

Why has Roger remained committed to the team at King Street Computers?

"Running a club is a highly demanding job which constantly stretches your limited resources," said Roger.

"Yes, there are new payroll systems coming on to the market, but they don't have the years of experience invested into them as KINGpay has.

"KINGpay has come about as a result of King Street computers serving the club industry for over 30 years.

"The team behind KINGpay know the club industry inside and out. In this business, you can't take a punt on an untried system.

"Whereas Matthew and the team are only a phone call away. They have not only sold us their system, but they constantly keep in touch and fix problems immediately.

"Now that we have expanded operations, the online access to the system gives us further reason to commit to KINGpay."

Call our hotline on: