Which payroll software is the right choice for your club?

We asked Yvonne why she is so certain that King Street offer her the best in payroll software?

“I’ve found KINGpay easy enough to understand and when I need to manipulate things to suit a particular circumstance, the software is quick and responsive,” explains Yvonne.

“Yes, I find it very user friendly dealing with the different circumstances that occur in our club.” 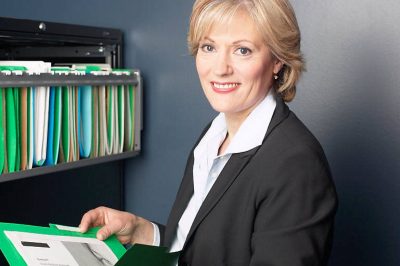 Yvonne do you think KINGpay is user-friendly enough for someone new to processing payroll?

“If I was just learning and I didn’t know the Award, which I didn’t 10 years ago, I either would have spent a lot of time checking things, or making a lot of mistakes without the KINGpay software,” says Yvonne.

“It’s very helpful that the program controls things for you like managing Overtime payments.

“When members of our team on the Award are set up with their permanent hours, the Overtime is taken care of automatically. That’s great.

“So that’s something that you don’t have to think about. Early and late penalties is taken care of as well.

“It’s great that KINGpay just takes care of these items without you having to think about it each time we attend to the payroll.

“For example, we have some people that start here very early in the morning. So of course the system calculates those penalty allowances and we don’t have to stop and try and calculate that adjustment.

“For a person new to payroll, KINGpay saves them from making what could easily be costly mistakes.

“So if somebody is on an agreement, they’re paid above the Award, which means that they don’t attract early and late penalties, the KINGpay program also calculates all that for us.

Which means I’m not going to accidentally pay someone a late working penalty when they’re not entitled to it.

“That’s a great time-saver. I’d hate to think what I would have to do with a young trainee payroll person if we didn’t have the KINGpay system.”

How have you found the King Street team? Are they easy to work with?

“They are so accommodating that I’ve developed a good working relationship with each of them.

“They’re not some big monolithic organisation that you just get put in a queue. They’re actually real people who actually know where you’re at and are happy to take your call.

Has their KINGpay software ever given you any trouble over the years?

“Well, I was only thinking the other day that it has been an awfully long time since I’ve had to contact them for any reason,” says Yvonne.

“Because our KINGpay system is running very smoothly. The product is user friendly. Once it’s set up, it works. And that’s wonderful.

“Once they set it up, it just works. It’s set up for your club. It’s designed with clubs like yours in mind.

“That’s why I agreed to the interview, the guys at King Street Computers deserve the highest possible praise!”

Made with love by LEP Digital.